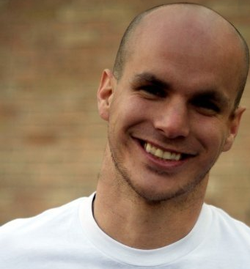 Talk about a brush with social media fame.

I'm just going to come out and say you're going to going to get a kick out of Jeffrey Harmon, the 28-year-old CMO at Provo, Utah-based Orabrush, and the lively, behind-the-scenes story of how his little social media campaign for a product nobody had ever heard of came to inspire Ad Age to name it one of the best campaigns of 2010.

On its face, none of it seems like a forgone conclusion.

Let's just say it involves a device for scooping out the halitosis-causing germs from your mouth, a video about testing your breath; a newer series of YouTube videos featuring the misadventures of an obnoxious misfit named Morgan, called "Diaries of a Dirty Tongue," which has been viewed 31 million times, and a Facebook page about halitosis. 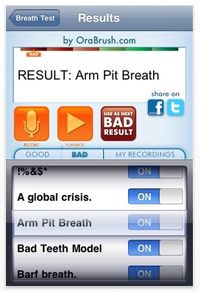 This week, the company even released a paid iPhone app called "The Bad Breath Detector Pro" - to compliment the free version released a few months ago.

This after 76-year-old inventor Robert Wagstaff had almost quit trying to sell his product after spending a fortune trying to market it. Then he discovered Harmon, who was just finishing up school at BYU. Harmon challenged a key assumption about online marketing, prompting "Dr. Bob" to give this kid a chance to show him how it's done.

Since the launch of the campaign - created almost entirely by Harmon and his friends without an ad agency or professional videographer in sight - Orabrush has sold over $1 million worth of its tongue brushes through its YouTube channel, called Cure Bad Breath, instead of being overtly branded to Orabrush.

And today, Google routinely flies Jeffrey out to meetings to help other brands grasp the power of YouTube video marketing.

What's more, drugstores around the world are beginning to stock the product, and now even the guy in the original halitosis video - a friend of Harmon's who performed for about $100 - has a stake in a small company that may be valued as high as $50 million.

In short, it's exactly the kind of digital initiative that embodies the ideals explored in the new book, THE ON-DEMAND BRAND.

Here's Harmon in his own words - which include some great secret strategies for video marketing and branded entertainment - as well as a bigger picture perspective on what he calls "branding in reverse."

A BRUSH WITH FAME: THE JEFFREY HARMON INTERVIEW (PT 1)

"... TRULY A MUST-READ FOR MARKETERS WHO NEED TO CUT THROUGH THE CLUTTER ..."

The comments to this entry are closed.