GEN WOW readers may recall my recent interview with James McKinney, CEO of SimpleDeal - which looks to be a promising new hyper-local mobile app that connects restaurants with customers at the point of maximum interest. 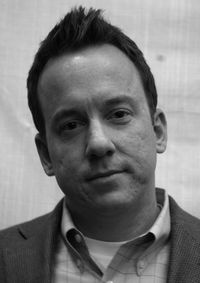 Unlike apps for setting reservations, receiving daily deals, pre-ordering meals and so on, SimpleDeal acts as a kind of digital wingman, enabling passersby to point their mobile phones at a restaurant and see the menu, find out about its offerings, review any special deals and make a dining decision.

What sets SimpleDeal apart is that it's run for the restaurant. There are no Yelp-style reviews. The restaurant gets the stage, and they can use it to sell you on coming in and having a great meal - right now.

When McKinney and I spoke, SimpleApp had launched in Long Beach, CA - and he started to lay out expansion plans into Orange County. And now, the company is launching an Indiegogo campaign to raise money for the effort. And he's framing the story as something very much in the interest of the restaurant industry - and as a kind of counterattack against the daily deals industry.

Watch the video above and take a look at the Indiegogo page. And listen the my interview with McKinney, which I'm re-posting here.

If you're like me, you'll find yourself rooting for SimpleDeal's success.

But what's your view? A tasty new app that finally puts digital technology in the hands of restaurants?

Or so ambitious, it's biting off more than it can chew?

If it's the former - here's your chance to get in on the ground floor - and help save the restaurant industry while you're at it.