Pearl Jam's out to party like it's 2062. Booze wants to be the new wellness drink. Gillette's "First She." Man-size Kleenex and more.

For US audiences. Review cookie and privacy policies for Soundcloud, iTunes, Spotify and all other streaming platforms.

Approx 18 min. For US audiences. Review cookie and privacy policies for SoundCloud, iTunes, Spotify, all other sites and players.

(For US audiences; review cookie and privacy policies for iTunes, SoundCloud, Spotify and all other streaming services and sites)

Move over, Eggo Waffles: 'Stranger Things' has its own Lego Playset, now. Gen X runs for President and gets upstaged by a Millennial. Why the role of the CMO isn't want it used to be—plus a whole lot more.

😡 Red Son: 'BrightBurn' reimagines the mythology of Superman (at 2:42)

🎮 Sony's gaming pact with Microsoft—did anyone tell the PlayStation team?(at 4:56)

🤹🏻‍♀️ Meet the Chief Engagement Officer: The changing role of the CMO (at 10:48)

💋 The lip-lock that broke the Internet (at 16:03) Approx 17 min, 35 sec. For US audiences only. See cookie and privacy policies for SoundCloud, iTunes, Spotify, and all other applicable sites, apps, and streaming services.

We get in touch with our inner Pre-Cogs as we reveal our top three predictions for digital marketing , media, and more in the year ahead. That's right: It's our 2nd Annual Predictions Episode, and if our recent Predictions Scorecard episode is any indication, this is an episode you don't want to miss! From March 7.

🤖 Is MarTech cruising on autopilot, or in for a turbulent reality check this year? (at 7:07)

📚Will marketing go old-school in the months ahead? And what would that even mean? (at 8:35)

📣 Will 'Deep Fakes' mean real headaches for business and society this year? (at 10:34)

🛒 Will shortsighted C-suites give up on CX initiatives in a softening economy? (at 15:08)

For US audiences only. Be sure to review cookie and privacy policies for Apple, SoundCloud, or anywhere else you listen and/or download Rick and Rick Rule the World.

It's time to review what we got right, and what we got wrong, in our first annual predictions episode in early 2018. Which of our  prognostications on marketing, media, tech and pop culture turned out to be spot on? Which ones were serious misses? It's time to grade the good, the bad and the WTF predictions—one year later.

🏛Politics: Did More Brands Take Sides, or Channel Switzerland? (at 2:07)

🗣'The Post-Screen Internet': Are More Brands Prepping? Or Procrastinating? (at 4:36)

Use the Player  Above or Listen on iTunes

All-New: From KFC, to Domino's to Kellogg's and more, the Rick & Rick Awards continue as the Ricks count down the Top 3 Social Media Campaigns 2018.

🚫 March for Our Lives: Vicious Cycle (at 9:05)
www.youtube.com/watch?v=T66XegbMLJs

Use player above or listen on iTunes (Approx. 15:35) (For US audiences; see SoundCloud cookie/privacy policy)

Barbie's Out to End 'Dream Gap' for Girls (Podcast)

In the Season Two Premiere of Rick & Rick: How Mattel's Barbie wants to put an end to the "Dream Gap" for girls, McDonald's Gets all Banksy on us, and a whole lot more.

From the McNutty Department: McDonald's get all McBanksy on us (at 7:30)

Brands and politics don't mix? A YouGov consumer survey begs to differ (at 11:00)

(From last month. For US audiences only. See Soundcloud cookie/privacy policies.)

It's time for everybody's favorite quiz on recent news from the intersection of marketing, media, tech and pop-culture. Good luck!

1. The New York Times recent reporting on The Spooky Side of Machine Learning, included a project in which artificial intelligence was trained to come up with Halloween costume ideas. Which of the following was not one of the costumes created by AI:

ANSWER: E      According to the Times, the neural network in the project produced different names at different stages or "epochs" of training that included Zombie Schoolgirl, Toaster Boy, Ruth Bader Hat Guy, Frankenstein's Bunny and Baseball Clown, to which we changed to Vampire Baseball Clown. One of our favorites was Donald McDonald, a cross between Ronald McDonald and the Donald. None of these, however, beat McGrimace dressed as Thanos at ComicCon.

2. Which of the following was not seen as a potential global development in next few years according to a new survey of C-level executives from AT Kearney:

A. Global 500 companies will be increasingly vulnerable to fake news campaigns

B. Corporate leaders will increasingly be expected to play roles in society beyond narrow corporate interests

C. Backlash against GDPR in the will inspire other countries to slow down efforts to expand privacy regulations

D. Extreme weather events will act as a drag on economic growth

Answer:  C     According to eMarketer reporting on a study titled "2018 Views from the C-Suite: An Annual Survey of Global Business Executives" from AT Kearney, each of these is something C-suite executives expect to see in the next few years - except for item C. Instead of a backlash against GDPR, the survey finds executives believe GDPR will inspire other countries to expand privacy regulations. Case in point: California's Consumer Privacy Act will have a dramatic impact on how tech companies, collect, store and use consumer data when it goes into effect in 2020.

3. Which of the following television shows had their premiere on October 25, 1971?

C. Sigmund and the Sea Monsters

Answer: B     The Electric Company debuted on October 25, 1971 and starred heavy hitters from stage, screen and improv—including established stars like Rita Moreno, as well as lesser known performers like a guy named Morgan Freeman who went on do a few things after leaving the show.

4. The Wall Street Journal recently reported on Deep Fakes, which are:

A. Fake news items created by the imaginary Deep State

B. Videos made with AI that make it possible to show anyone saying anything you want

C. Videos made with Ai that makes it possible to show anyone do anything you want

Answer: B     Deep fakes are videos that can be made to match people's facial expressions and voices to make it appear as if they are saying anything you want them to say (see the WSJ video above). In a society where reality is questioned, this technology may have enormous implications—further breaking people into tribes that only believe what they want.

Things Our Grandkids Won't Believe We Said in 2018 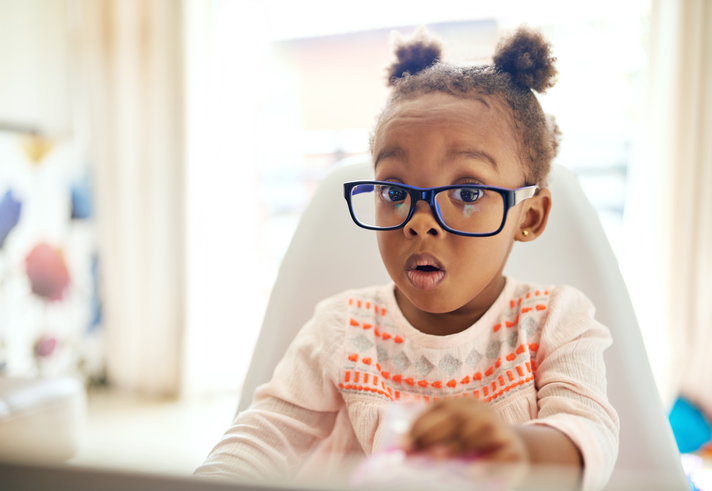 From an episode of Rick & Rick from earlier this year:  Rick Mathieson & Rick Wootten talk  about what data now shows IHOP'S "IHOB" stunt was a grand slam (sorry, Denny's). Plus: Things our grandkids will be amazed that people said in 2018.